En drasi is the umbrella for the choreographic work of its founders Emily Papaloizou and Evie Demetriou. Established in 2004 En drasi is producing works for stage, site specific and videodance works. It has also an active role in education both with community programmes as well as a series of teaching programmes. It is supported by the Cultural Services of the Cyprus Ministry of Education, Culture, Sports and Youth and is one of the Founding Members of the Dance House Lemesos member of the EDN Network. 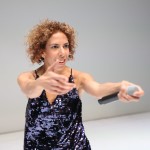 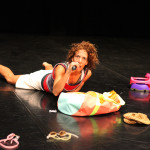 when it turns red 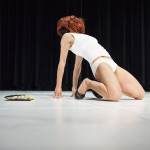 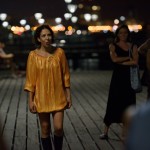 Evie is a dance maker and performer based in Cyprus.

Evie has a diverse education background. She graduated with BSc in Land Management at the University of Reading and worked in the field of Urban Planning in London and Paris. She studied dance at the Trinity Laban Centre Conservatoire of Music and Dance in London and with scholarship at Limon Institute and Dance Space Centre in New York.As a performer she collaborated with Alain Buffard, Felix Ruckert, Rosemary Lee, Athina Vahla and with many Cyprus based choreographers.

She is a 2004 Danceweb scholarship recipient (Impulstanz Festival) and a travel grant recipient from the E-motional European Programme 2011-2014.  She was an invited artist for the European project “Act Your Age” , a European collaboration between Centro per la Scena Contemporanea (Italy), Dutch Dance Festival (Holland) and Dance House Lemesos (Cyprus).

Evie is a co-founder of En drasi, the umbrella that supports her choreographic work. She  has an active role in developing the art of performance/dance in Cyprus and is one of the founding members and resident artist at the Dance House Lemesos.